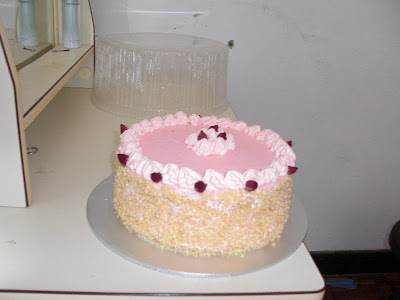 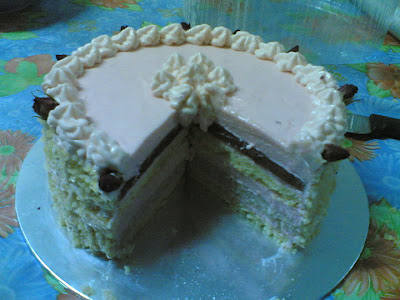 Ispahan refers to the combination of flavours (lychee, raspberry and rose) that was invented by French pastry great, Pierre Herme.
Making this cake was not too difficult but time-comsuming as the raspberry and lychee gel layers and the rose mousse has to be made separately and assembled. I wish I could get rosewater in Brunei; the ones in the shops here are the artificial type and the last one I bought had such a dreadful synthetic taste that I promptly chucked it in the bin! I should have bought more rosewater when I was in Melbourne.
The buds you see are dried rosebuds. Now you really want to get the ones which are organic and can be eaten; health food shops should carry them and no, don't use the ones in potpourri.. ick.
Posted by Chocolate Addict at 9:26 PM